Earlier versions of the plugin with "outlaw" branding (Google Drive Sync and KeePass Sync for Google Drive) and expired legacy Google app credentials are much improved by the current release.

Finally, we have a modern release of the rejuvenated Google Sync 3.0 plugin with usable, Google-sanctioned, built-in OAuth 2.0 credentials. This was a primary goal of the project, and with your feedback and coordination with Google, we can hopefully look forward to several more years of safely using the plugin without authorization issues.

Unfortunately a few trivial but necessary cosmetic changes to the prior releases were demanded in order to get the plugin to this point.

The upgrade from ALPHA release is simple, but the details are important to avoid the possibility of multiple versions of the plugin installed simultaneously. Follow the links below to upgrade via your chosen installation method.

And please, don’t hesitate to raise a new issue if you have problems with the upgrade!

Mostly, just names. The name of the plugin and the file names of the distribution binaries have changed from some form of

All changes to plugin nomenclature are now reflected by the site.

With apologies, the blame for this situation is completely ours. We failed to anticipate the detailed requirements for verification, and were caught unaware of KeePass’ own branding preferences. With any luck, this is the last change of this sort, and more people will be able to find, use, and improve the plugin.

Now, to the name changes. Whereas the prior versions displayed one of these menus… 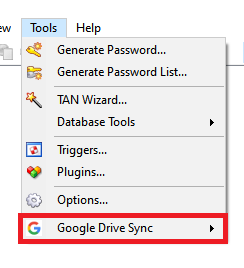 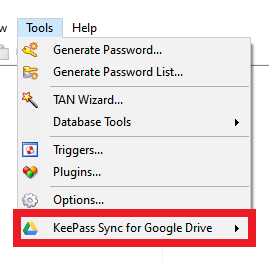 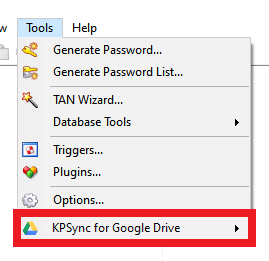 Also, the KeePass “Check For Updates” dialog will display one of these windows when the old plugin release is installed… 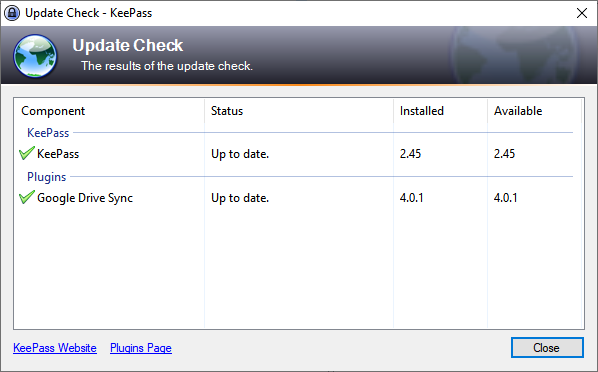 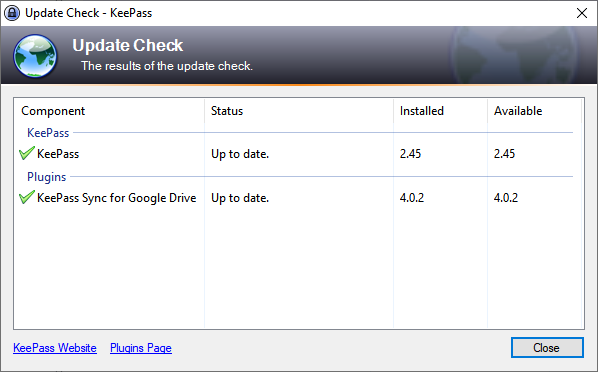 …whereas the new release will reflect the new name (if not this version): 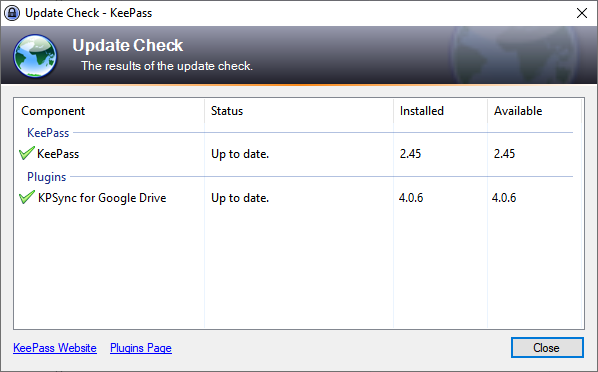 The instructions are the similar to those of the installation upgrade page, with the following changes:

In fact, the instructions are identical. Just note that some of the files extracted from the new release’s .ZIP archive will have different names.